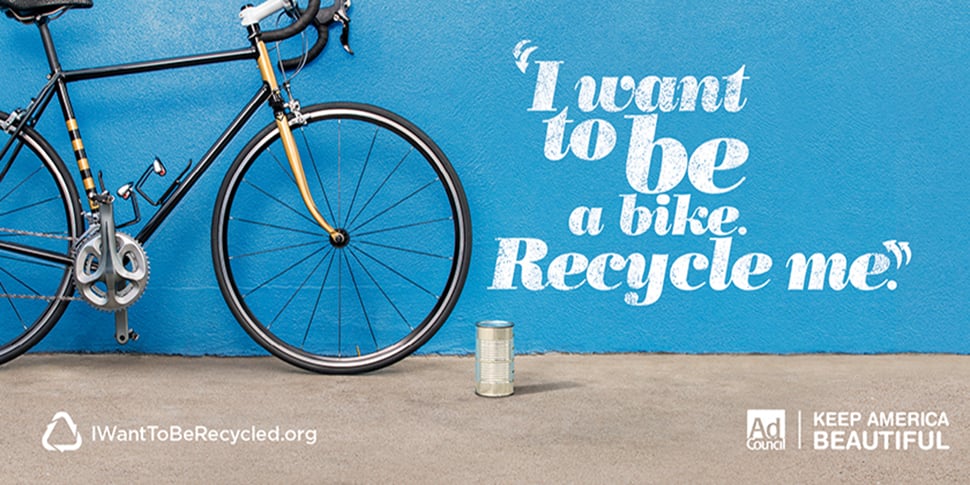 HelpGood  managed Keep America Beautiful’s social presence with a focus on their new recycling campaign – “I Want to Be Recycled.” Our strategy was to deliver content that was valuable to the community and built to share. We give KAB’s passionate group of recyclers and environmentalists the tools they need to recruit new recyclers.

Since the launch of the campaign in July 2013, the Facebook community increased by 733% (18,000 – 150,000+) with lots of consumer interaction and the Twitter community increased by 645% and was successful in relationship building with partners and affiliates. Building on that success we launched the “I Want to Be Recycled” Tumblr which was featured in Tumblr’s sustainability spotlight and was growing strong even as most nonprofits were abandoning Tumblr.