NEXT for AUTISM (Formerly New York Collaborates for Autism)

NEXT for AUTISM (Formerly New York Collaborates for Autism)

THE NEED
NEXT for AUTISM, formally New York Collaborates for Autism, needed a content marketing and online fundraising plan which involved social media, website and email marketing leading up to a year-end campaign. This would require emailing their list for the first time and building an online relationship throughout the year before the ask at the end of the year.

THE WORK
HelpGood developed a plan to tell the story of NYCA’s 10th Anniversary by highlighting its achievements over that time – 10 Years, 10 Triumphs in Autism. Twice a month a “triumph” would be sent through all online channels to build a relationship with NYCA supporters. HelpGood started a blog to house the stories on the NYCA website and established a daily editorial calendar to the grow, and constantly engage, NYCAs social community.

As a soft ask and email acquisition strategy, HelpGood did a mid-year campaign around NYCA’s grantee job  training program called Project Search Collaborates for Autism. The campaign asked people to join and generate a donation to the program. Through an influencer outreach strategy, the campaign gathered 370 emails, 272 were new to NYCA. 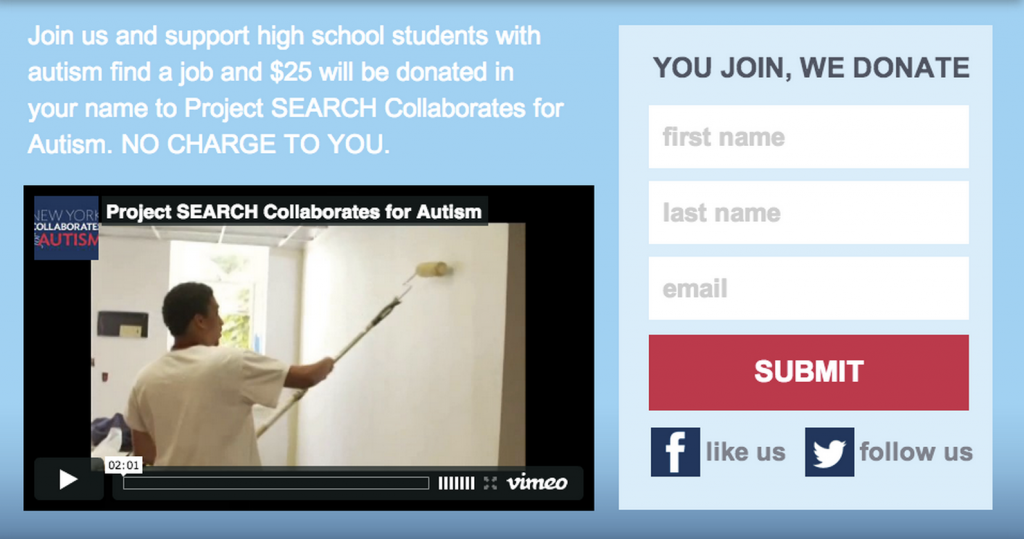 For the year-end fundraising campaign, HelpGood designed a series of assets with the 10th Anniversary message including infographics, a logo and banner images. For example, we designed infographics for the donation and about pages of their site to help potential donors understand how NYCA utilizes donations seen here: 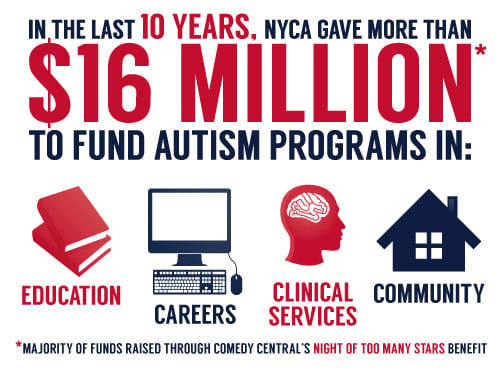 As the triumphs rolled out so did the impact of our efforts: